You are not connected. Please login or register

I want to bring up a discussion about the pistol formation. What is the limit or is there even a limit on this formation? For example, I played the Eagles this week in default, and i would say 70-80 percent of plays were from the pistol. I don't know if this is good or bad as I don't know what the rules about this are. However, I know he has Tim Tebow and I was expecting a more pistol oriented offense, but I got a lot more pistol than I expected. Also got quite a bit of read option...probably around 10 read option plays as well, and I was expecting a few of those but not that many either. There were 5 in the first quarter. I need some clarification on pistol and read option and also maybe some suggestions for the future.
Share this post on:

The rule, or suggestion just recommends to go easy with power run, stretch and counters. An offense led by Tim Tebow should and would be mostly pistol based.


My opinion, if you got the 'right' qb then read option youre heart out. Its not tough to stop.

I think chreb has talked about the QB keepers before and if memory serves me correctly he doesn't want more than a handful of designed QB keepers in a game. Basically your statline shouldnt read at the end of the game QB #3 12 carries 124 yds. I could be wrong tho

there will NEVER be any hard counts on maxes of anything (formations/personnel/plays).  That is for children and guys who can't control "mixing it up."

If you have a complaint about a guy in which you think he ran something TOO MUCH....then post it to the "un-sim complaints" section under gameplay.

If we air our issues publicly then ALL owners will be on the lookout...not just commish.

Yeah we do expect guys to mix it up on all fronts.

yea I just thought it was a little too much, i could count the # of snaps under center with 1 hand...next time i would like to see a little more variation but again I was expecting more pistol all along

I have almost every pistol formation in that play book. I had 8 reads by my count .I have been playing this way since day 1 and have not abused any one thing.

Pistol has one of the most extensive playbooks, you can easily run it all game and never repeat a play. I'm always more on the lookout for 2 pulling guards on the pistol runs, those are very overpowered but have several variations.
Maybe if everyone in the league mixed it up, it would make us all the same. I like knowing if i play desthbyeagle I'm getting the 2 TE's and SL1CK will stick me with pistol, helldawg will spread me out and run right at me. It gives my season more diversity.

I will say this.....personnel matters bigtime too.  I can understand Tebow being used more out of a pistol formation than others.

Remember what the Broncos did the year Tebow started for them that one year?  There wasn't one reg, pro style formation in their entire book.

There's a lot of factors. 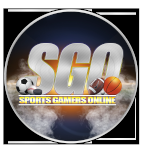 Everyone knows Pistol is OP in Madden. Comparing that to someone running a spread or two TE formation isn't a very valid comparison imo. I have a fair amount of pistol in my book but never cross the 40% mark of pistol play calls.

Agreed...Pistol is nuts in this game.

A balance is needed. I do think tho defenses need to prepare themselves for it. Understand that the run should be the focus when u see it.

You run 40% pistol, you will be all over these forums for over abuse. My point is it should be allowed if that is your team identity. If Tebow runs 80% pistol its cool, DBE spent a season running 3 TE's since this post, but his team identity and quality TE's warrant this.

Are rule says don't over abuse any one thing, but if we all run 50/50 run/pass, and 50/50 man/zone, or 50/30/20 2wr/3wr/4wr stuff then we would all be diverse but the league a whole would be stale. I'd rather know I'm playing tblock next week and he runs mostly 3wr sets (he was called out for it) and have to scout him, and look close at my nickle CB, then play slick and his pistol the next week, then play chrebet and his ability to mix it up. That's a fun season to me!

Also you guys are nuts for thinking pistol is over powered. I disagree cuz the pass plays are very generic. The read option is easy to stop (like rafa said) and you will probably hurt your QB anyway.

The running in Madden is overpowered, and there are some good running plays in pistol, but these same runs can be found in shotgun.

So maybe its the misdirection of pistol runs that you guys don't like, they are to college or "LOBBY". But i find these plays to be unreliable at best and wouldn't be scared of them at all

Correction: if you run 40% pistol plays and they worked well and you win, then you will be called out. If you're bad at it and lose nobody would care, haha
Re: Pistol Formation